A Doctor, a Librarian and an Anti-Vaxxer walk into a room…. Navigating the misinformation landscape though partnership working Part II

This article is a continuation of the article published in a previous edition of Northern Lights. See Part I 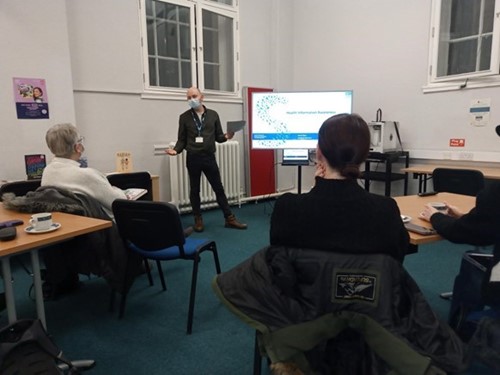 When I was designing the slides, I wanted the session to be interactive, engaging, and informative. I asked the audience where they got their health information, with the consensus being Google. I was half expecting this answer which led me nicely on to the next slides which promoted local, national, and international resources which didn’t come up as the first results in Google. Halfway through the presentation, I got to the slide on misinformation. I gave a brief summation that it was not a particularly new phenomenon but rather has been around since antiquity. I asked this question to the floor to see if anyone had an opinion on this. And this is when it descended into a battleground of Covid scepticism. 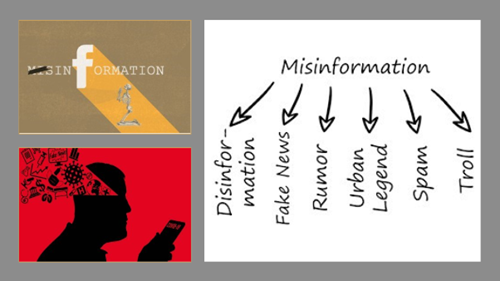 As stated before, I had an inkling that maybe one or two attendees maybe of the anti-vax persuasion, but I was really taken aback with some of the responses I heard such as: -

The anecdotal evidence of the efficacy of the vaccine, were talking points more akin to comments you would find in the comments section of Twitter, YouTube, or Facebook. According to Imran Ahmed (2021), in the UK there are 5.35 million followers of anti-vaxxers across social media , which is a worrying statistic.

As an employee of Stepping Hill Stockport, I refrained from giving my opinion as I didn’t want to escalate the situation. Instead, I just listened and simply stated that I didn’t see the correlation. The mood of the session changed quite dramatically when I informed the attendees that the NHS didn’t send me to do this session, but rather an initiative I was passionate about. I was no longer seen as the stooge parroting ‘misinformation’ from the ‘experts’, but rather as an individual who gave them a platform to express their views. This will be evidenced in Part III by the results of the feedback forms.

The evening came to a close two hours after it started, Sara had to ask everyone to leave as the library was closing. As we were packing up, one of the attendees thanked me for putting on the session and handed me a handwritten note and a document from the Daily Sceptic (see below). He said that I should have a read of these if I wanted to know the ‘truth’. Sara and I left Stockport Central Public Library equally baffled and bewildered yet exhilarated and determined. 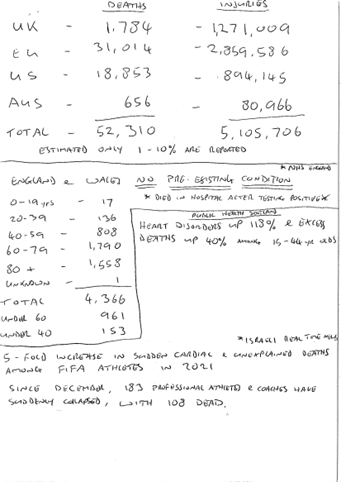 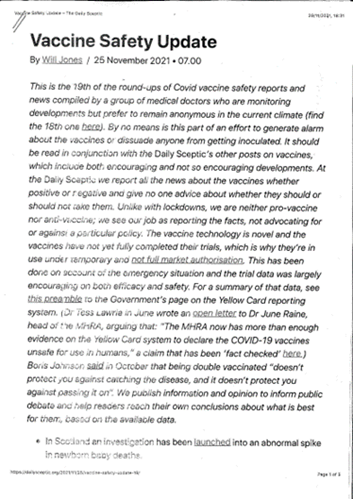 Disclaimer: I’m not judging people for having these beliefs but rather I am angry at the people who have knowingly spread disinformation and prayed on people’s emotions to get clicks.